Elm Leaf spot (Phloeospora ulmi) is a fungal disease that affects Weeping, Golden, Horizontal and now English elms. Once the disease is noticed in a tree it will re occur every year spreading to other elms as well. This disease is now becoming a serious problem and is more widespread particularly when conditions are moist, the problem becomes evident from late summer onwards causing premature leaf drop and ruined foliage. 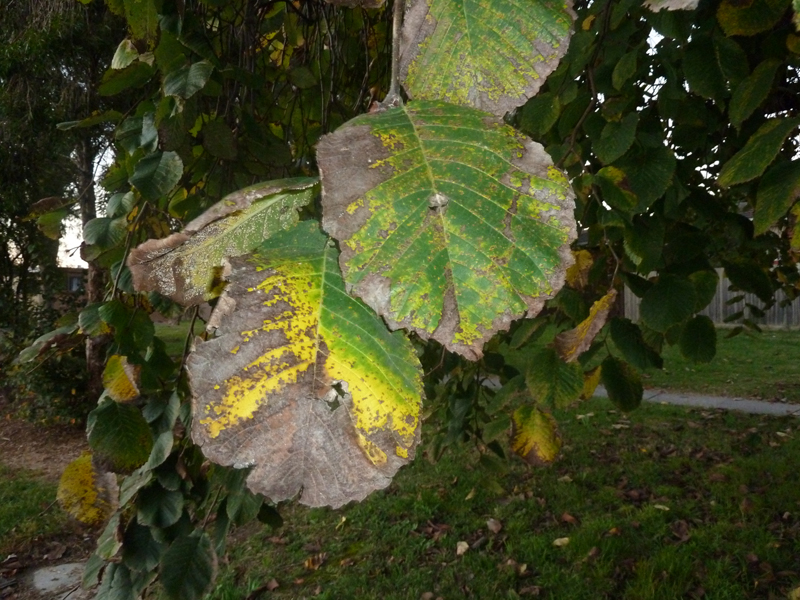 Both Golden and Weeping elms normally look their best at this time of the year and hold their leaves till June. Elmsavers is the first and only company to offer a Dual Micro Injection Treatment for Elm Leaf Beetle and Elm Leaf Spot, which will protect against this disease and elm leaf beetle for two years. Symptoms in Golden and Weeping elms, small white growths (fruiting bodies) are found on the leaf undersides.

Contact Elmsavers on 9723 1779 for information on how to get your trees looking healthy and green.